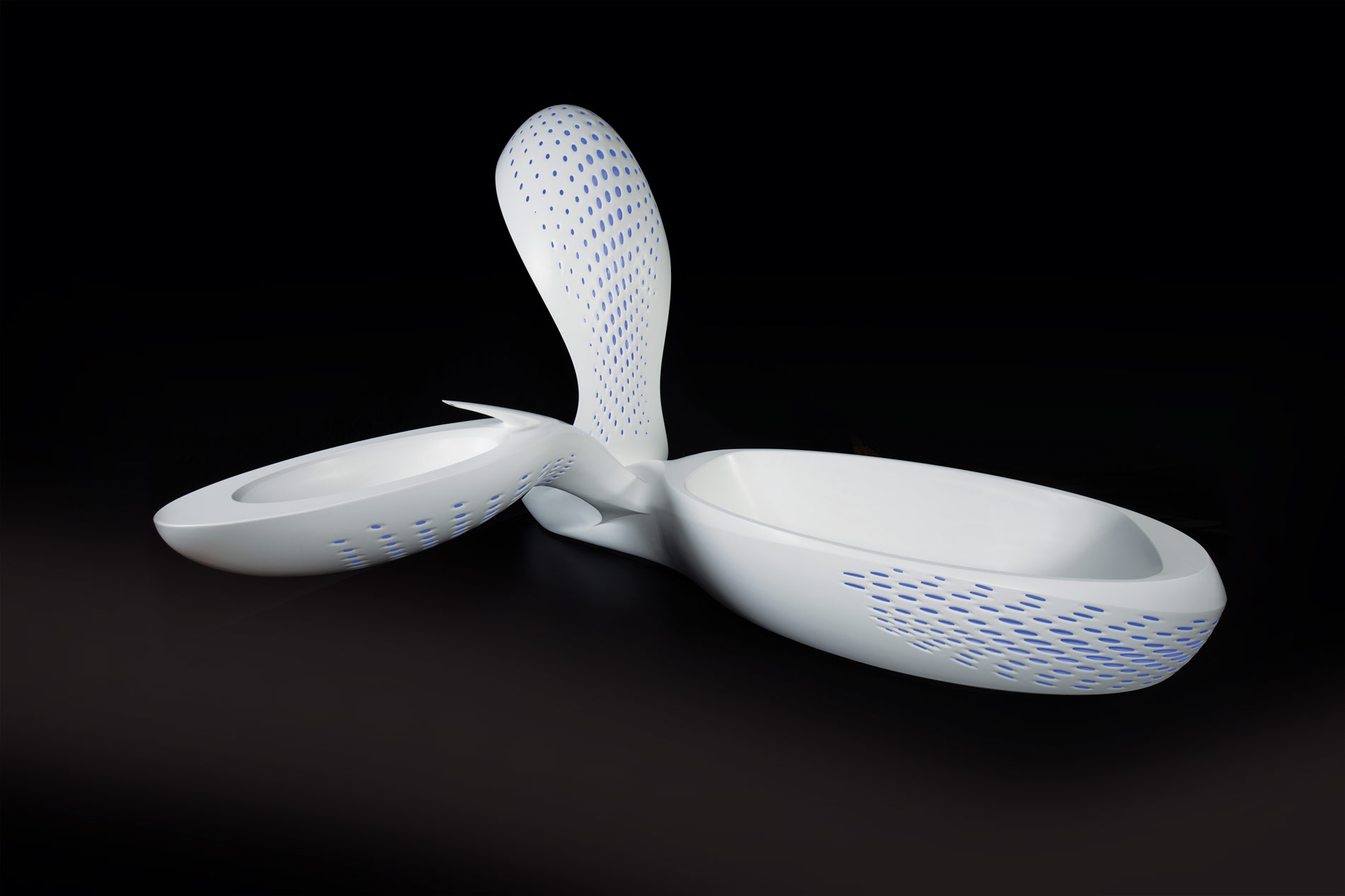 »Splash« is composed of three elements: the vertical shower, as a standing element, the bathtub as a horizontal element that rests on the floor and the sink as a cantilevering element. The various elements were modeled as continous surfaces and combined in a selfsupporting sculptural object. Texture was added by integrating an undulating surface that is illuminated with LED lights from within.

For fabrication Solid Surface Corian® was thermoformed and jointlessly glued.